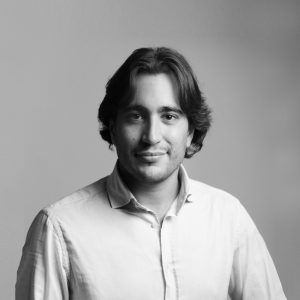 Jacobo graduated with a Bachelor of Architecture at IE University in 2015. Later he obtained a Master in advance Architectural Design from Columbia University, where he was awarded the Lucille Smyser Lowenfish Memorial Prize by Steven Holl.
He has worked in AEDES Berlin, SPEECH in Moscow and Arq911 in Mexico City. After graduating from Columbia University, he joined Steven Holl Architects where he collaborated on several award-winning projects. Currently he is part of MQ Architecture where he joined over two year ago.